THE HISTORY OF OHIOPYLE PENNSYLVANIA

Many important pieces of early American history which tell the story of our nation are tied to Ohiopyle. This area, which provides rest and recreation, once held a past with many conflicts.

This Article Courtesy of the DCNR

When Europeans first reached North America, the Monongahela lived in small villages and inhabited the Mississippi River and its tributaries, including the Youghiogheny River. For unknown reasons, the Monongahela dispersed just as Europeans arrived, leaving few traces behind.

Other nations of American Indians migrated through the area as the increasing European population pushed them out of their lands. The name Ohiopyle or “Ohiopehelle” is believed to be derived from a combination of Native American Indian words which mean “white, frothy water.”

In the mid-1750s, the French and the British vied for the Ohio River Valley. Employed by the British, George Washington traveled through the Ohiopyle area to talk to the French in 1753.

A year later, Washington returned with 150 soldiers to evict the French. Washington arrived at Confluence and tried to find an easier travel route by river. However, the falls were impassable.

Washington continued toward the future site of Pittsburgh and encountered a small party of French soldiers. One French soldier escaped and sought reinforcements. Washington built Fort Necessity to await the French retaliation.

Even as the new United States was formed, the area surrounding Ohiopyle continued to see conflicts. The new nation placed a tax on whiskey in 1791, which angered farmers in western Pennsylvania.

The farmers united to attack tax collectors and their movement became known as the Whiskey Rebellion. When a federal marshal was attacked in 1794, George Washington and 6,000 militiamen marched the Braddock Road near Ohiopyle to put down the revolt.

Trees, Trains, and a Growing Nation

The land around Ohiopyle and eventually the rugged land near the river was settled. The early settlers were farmers, hunters, and trappers. In 1811, the National Road passed near Ohiopyle, making the area more accessible to settlers and to markets. Lumbering became a major industry. The production of barrels and other wood products, tanning, salt mining, and coal mining were small industries.

In 1871, railroads reached Ohiopyle. The Baltimore and Ohio Railroad and eventually the Western Maryland Railroad had stations in Ohiopyle. At the turn of the century, lumbering became a major industry with narrow gauge railroads snaking around the hills, hauling lumber to mills in town and larger railroad lines.

A large mill was erected near Ohiopyle Falls. The lumber of the surrounding Laurel Highlands was integral to the nation’s Industrial Revolution by providing fuel to the escalating steel, coal, and iron industries.

The railroads brought tourists to Ohiopyle. It cost one dollar to ride from Pittsburgh to Ohiopyle and back. By the 1880s, there were numerous hotels in the area and Ferncliff Peninsula had a boardwalk, dance pavilion, bowling alley, walking paths, tennis courts, ball fields, fountains, and the Ferncliff Hotel.

The freedom afforded by the automobile decreased the tourists coming to Ohiopyle by train. The decline in visitors was eventually the end of the Ferncliff resort. In time, the buildings were removed, allowing the forests to regenerate. Foundations of these buildings can still be seen in the Ferncliff Peninsula.

Recognizing the natural beauty of the area, the Western Pennsylvania Conservancy purchased much of the property and sold it to the commonwealth during the mid-1960s. 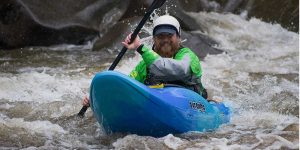 THOMAS SAUNDERS About 80 minutes from Downtown Pittsburgh in Fayette County is the town of Ohiopyle and one ...
READ MORE 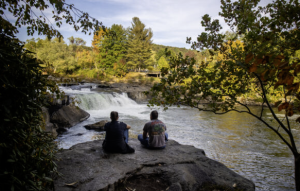 by Jim Cheney Ohiopyle State Park in southwestern PA is one of my favorite parks in the state. ...
READ MORE 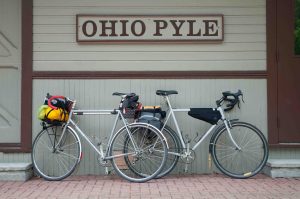 BY: THOMAS SAUNDERS About 80 minutes from Downtown Pittsburgh in Fayette County is the town of Ohiopyle and one ...
READ MORE 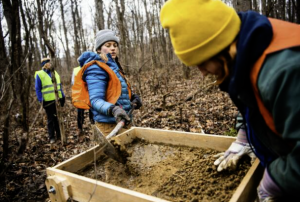 A pilot project at Ohiopyle State Park has members of the Pennsylvania Outdoor Corps sifting through dirt, looking ...
READ MORE 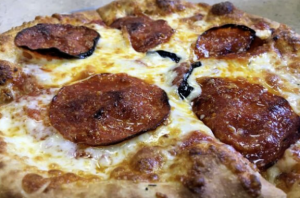 The 7 Best Ohiopyle Restaurants When Visiting the Park

By Jim Cheney Without a doubt, one of my favorite parks in all of Pennsylvania is Ohiopyle State ...
READ MORE